Chef Matt Martin’s menus are a reflection of the artistic style of Liquidity Winery.

Honouring the seasons, the menu evolves continually to show off the region’s amazing bounty and combines freshly sourced produce from the Liquidity estate garden as well as local farmers and purveyors.

Liquidity Bistro’s food philosophy is to represent the area’s farmers and producers by keeping the food simple, sustainable, clean, fresh and respecting the ingredients.

The Bistro is now Closed for the season we will see you in March 2020. 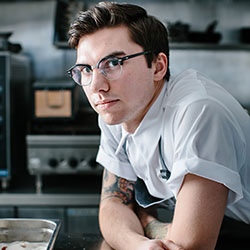 Chef Matt Martin is a passionate young chef who is focussed on creating seasonal, sustainable, artful plates. Matt joined Liquidity Bistro as Executive Chef at the beginning of the 2018 season.

When Matt is not in the kitchen at Liquidity Bistro he can be found with his team in the Liquidity Estate Garden where he will be growing produce to compliment what he is able to purchase from his farm partners. 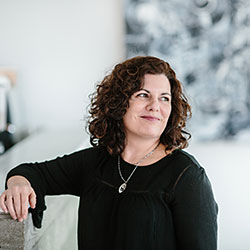 Lucia started her career in hospitality more than 25 years ago. After working extensively for Club Med Resorts in the Caribbean, Lucia returned to Canada where she learned about all aspects of the food and beverage industry by serving, bartending, managing and leading operations at well-known restaurant chains and for independent operators.

Lucia worked with Vintage Hospitality for eight years in various roles, managing properties, opening new ones, including Liquidity Bistro in 2014, and finally taking on the role of Director of Operations.

2017 saw Lucia looking for a change. The opportunity to take on the operation of Liquidity Bistro for herself came up and she jumped at the chance. She has always loved the Bistro, winery and people at Liquidity. She now looks forward to growing with the amazing team at