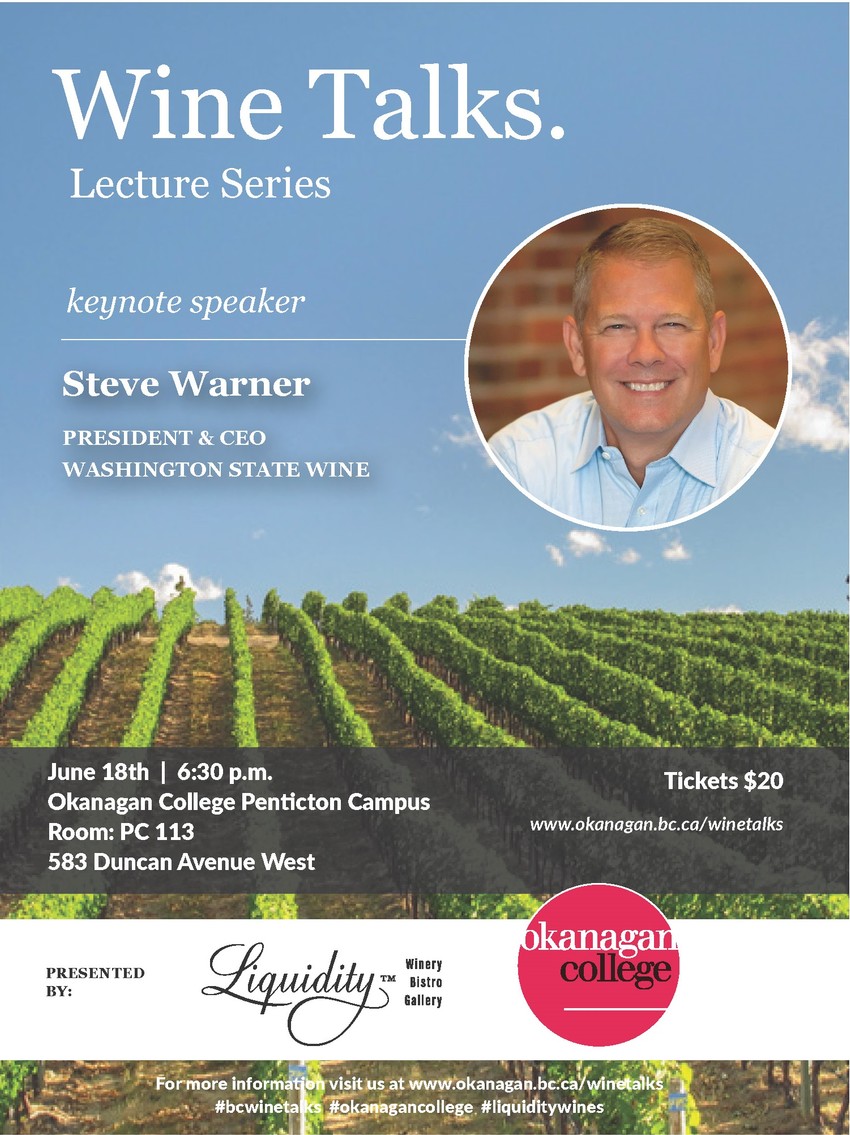 Steve Warner was appointed as President & CEO of the Washington State Wine Commission in February 2012. Steve came to the Commission from Merck & Co., Inc., where he was the Managing Director based in Bucharest, Romania. Prior to that, he held General Manager and marketing positions in global and regional marketing in the Asia Pacific region and led teams while living in Seoul, South Korea; Bangkok, Thailand; and several domestic markets.

In addition to a bachelor’s degree in biology, Steve holds a master’s of business administration in international business and finance from Rutgers University. Born and raised in eastern Washington State, Steve graduated from West Seattle High School before serving in the United States military’s Special Operations Command, first as a Sergeant in Pararescue and then as a Lieutenant Commander in U.S. Navy Special Operations.

On behalf of the state of Washington and its wineries and growers, the mission of the Washington State Wine Commission is to raise awareness and demand for Washington State wine through marketing and education, while supporting viticulture and enology research to drive industry growth.

June 18th, 2018 at 6:30 pm
OKANAGAN COLLEGE PENTICTON CAMPUS
Tickets are $20. Refreshments will be served.
For More Information or to Purchase Tickets visit us at
https://www.eventbrite.ca/e/wine-talks-4-tickets-44191445804