We use sustainable and time-tested viticultural practices to provide the finest growing environment for our vines. Great wines begin with great grapes. The land of Liquidity Wines is rich in history, just as its soils are rich in the perfect minerals to grow a range of varietals. 10,000 years ago, glaciers covered the landscape deposited sand and gravel soils onto the south-facing property, creating the ideal growing conditions for fruits.

Our Tasting Room is open daily from 11am to 5pm.

WITH EQUAL PARTS ARTISTRY AND SCIENCE, WINEMAKING IS A PERFECT FIT FOR ALISON. HER GOAL IS TO PRODUCE AUTHENTIC, EXPRESSIVE WINES OF THE HIGHEST QUALITY.

Originally from Southern Ontario, Alison moved to the east coast to attend Dalhousie University and pursue an interest in science, studying Microbiology. During this time, she had the opportunity to work at some of Halifax’s finest restaurants. After completing her degree, she began to explore her love of the food & beverage industry further, becoming a certified Sommelier responsible for the largest wine list in the Maritimes.

As her palate developed, she began to consider a career in winemaking and acquired a degree in Oenology & Viticulture from Brock University. Following several seasons working in the Niagara region, the Okanagan beckoned. Alison brings experience from two top wineries in the Okanagan, having worked under Pascal Madevon at Osoyoos Larose and as Winemaker for Stoneboat Vineyards for the past five years.

When not in the cellar or vineyards, you can find Alison enjoying food & wine with friends and spending time outdoors, exploring new hiking trails, at the beach and in the water. 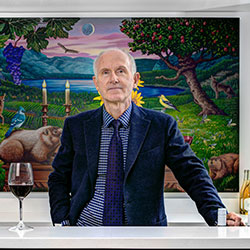 Ian MacDonald is the hands-on manager and creative mind of Liquidity. Born in Montreal, Ian’s professional life had him work as vice-president of sportswear-maker Sunice at the 1988 Winter Olympics.

Ian fell in love with the Olympic games and formed his company Moving Products Inc., which has been involved in arranging non-athletic uniforms at every Olympics since then.

A passion for wine and art brought Ian and his business partners to the Okanagan Valley. They wanted to create a place that showcases the natural beauty of the South Okanagan along with its world-class wines, where Ian has realized his vision of creating a culinary experience and have Liquidity recognized as one of the premiere boutique wineries in Canada. When not pouring wine at the tasting room or chatting with customers on the patio, Ian is most often hunting for new art and design ideas. 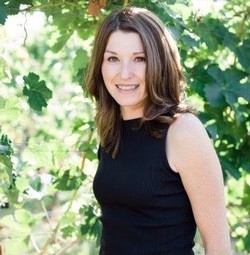 Originally from Northern Ireland, Sonya has extensive experience in customer service and the hospitality industry. She holds a Bachelor’s degree in Business with a major in Human Resources. She traveled and lived throughout Europe while working for the Sofitel Hotel Group and was an HR consultant with a prominent employment agency in the UK. While living in France, Sonya fell in love with wine and knew then it would be a passion.

Sonya moved to Canada in 2001 and joined a division of Staples as Human Resources manager before coming to the Okanagan in 2009 to pursue a career in wine. Beyond her WSET 3 certification, Sonya has learned about the wine industry from the ground up – working harvest and crush, on the bottling line, and in sales. She has held a progression of roles in British Columbia wineries, first as tasting room manager then wine club and events, eventually into business operations and management. Sonya enhoys the variety of work that crosses her desk while making time to continue her discovery of Okanagan wine.

Stephen was born and raised in Montreal where he worked for a precious metals dealer prior to moving to the Okanagan in 2013. He and his partner Catherine came to this valley so she could help her parents start their new winery in Oliver, VinAmité Cellars. Stephen also jumped into the wine industry at that time, beginning with the tasting room at Inniskillin and then working at Black Hills Estate Winery for a few years, where he gained experience with wine clubs and the Direct-to-Consumer market. Stephen continues to help out in the wine cellar at his partner's family winery.

Stephen joined the Liquidity team in the spring of 2017 to look after the tasting room and grow the Liquidity Wine Club. When not in our tasting room or at wine club member events Stephen loves to play golf and is an a diehard Habs fan, so his social schedule is often planned around game nights.

Julien grew up on a dairy farm in rural Quebec near Trois-Rivières where he developed a passion for the land at a young age. Raised in a French lifestyle, he had an early introduction to wine. His mother encouraged him to believe in himself and to follow his dreams, which led him to move to Quebec City. There he worked in many different fields, from a chef’s assistant in a high-end restaurant, a cabinet maker, and a research assistant. Julien put himself through university by working as a dairy farmer, and graduated with a degree in Industrial Engineering.

Julien was interested in learning more about the wine industry, prompting a trip out to the Okanagan in 2014 to explore the region. He worked in a cellar as an assistant winemaker and was able to work with grapes from throughout the valley, learning about the different varieties and the subtlety of terroir.

Julien joined the Liquidity team in 2015. Believing that wine is made first and foremost in the vineyard has led him back to his first love – the land – and this position has provided him with the chance to connect with the soul of nature and the unique opportunity to grow grapes in exceptional terroir. 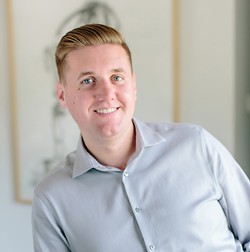 Since graduating the University at Northumbria with a Criminology degree, Dan & his fiancee Lauren have travelled extensively. In 2016, they finally opted to settle and work in New Zealand’s Marlborough wine region allowing Dan to focus on building his career in the wine industry. After completing the winter pruning season, he went on to experience all aspects of the industry at Wither Hills Winery, focusing on wine and food pairings, customer relations and wine tastings.

Since joining the Liquidity team in early 2018, Dan has utilised both his extensive wine knowledge and his years of sales experience in the UK to become an integral part of the Liquidity Sales team. His passion and thirst for knowledge has allowed Dan to immerse himself in the BC Wine community attending outside wine events across BC.